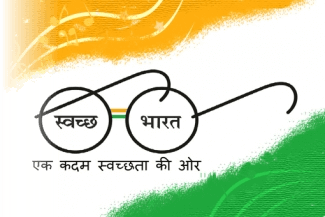 History of Bundi, now in the Rajasthan state of India.

In ancient times, the area around Bundi was apparently inhabited by various local tribes, of which the Parihar Meenas were prominent. Bundi and the eponymous princely stateare said to derive their names from a former Meena king called Manan shrestha. Bundi was previously called “Bunda-Ka-Nal", Nal meaning “narrow ways”. Bundi is situated in a narrow valley within the Aravalli Hills in Rajasthan. Later the region was governed by Rao Deva Hada, who took over Bundi from Jaita Meena in 1342, renaming the surrounding area Haravati or Haroti.

In 1804 Rao Raja Bishan Singh (1773–1821) gave valuable assistance to Colonel Monson in his disastrous retreat before Holkar, in revenge for which the Maratha Empire and Pindaris continually ravaged his state and forced the kingdom to pay tribute up to 1817. Consequently, Bishan Singh made a subsidiary alliance with the British East India Company on 10 February 1818, which brought him under its protection. was responsible for the creation of the pleasure palace of Sukh Niwas on the outskirts of Bundi.

When dying of cholera, Bishan Singh entrusted James Tod with guardianship of his 11-year-old son, Ram Singh. Maharao Raja Ram Singh (1821–89) grew up to be a much respected ruler who initiated economic and administrative reforms and established schools for the teaching of Sanskrit. On the throne for 68 years, he was described as a grand specimen of the Rajput gentleman and "the most conservative prince in conservative Rajputana."[1] His rule was popular and beneficial; and though during the mutiny of 1857 his attitude was equivocal, he continued to enjoy the confidence of the British, being created G.C.S.I. and a counselor of the empire in 1877 and C.I.E. in 1878. He was succeeded by his adopted son Raghubir Singh (1889–1927), who was made a K.C.S.I. in 1897 and a G.C.I.E. in 1901. His reign was blighted by two disastrous famines. Despite his best efforts at alleviation, the population of his kingdom was reduced from some 258,000 to 171,000 by 1901 due to death and emigration.[1] Raghubir Singh supported the British during the World War I.Maharao Bahadur Singh (1945–77) also supported the British and served in the Burma campaign, where he earned the Military Cross for his gallantry before succeeding to the throne. He was a guest at the 1947 wedding of Princess Elizabeth and Philip, Duke of Edinburgh.

At the time of the partition of India in 1947, the British abandoned their suzerainty over the princely states, which were left to decide whether to remain independent or to accede to the newly independent Dominion of India or to Pakistan. The ruler of the state of Bundi decided to accede to India, which later became the Union of India. This brought the internal affairs of Bundi under the control of Delhi.

The hereditary rulers of Bundi used the title ‘Rao’ before being granted the prefix ‘Raja’ by the Mughals. A Raja is a ruler of exalted rank but inferior to Maharana or Maharawal.